Parts of south Gujarat are experiencing heavy rains and inundation Saturday. In Surat, school and colleges have been closed due to waterlogging, and several Air India and SpiceJet flights have been diverted to Ahmedabad. The Tapi River breached its capacity this morning. As the state witnesses flooding in many areas near the capital, the National Disaster Relief Force (NDRF) rescued a 10 -feet long crocodile in Vadsar village in Gandhinagar district. 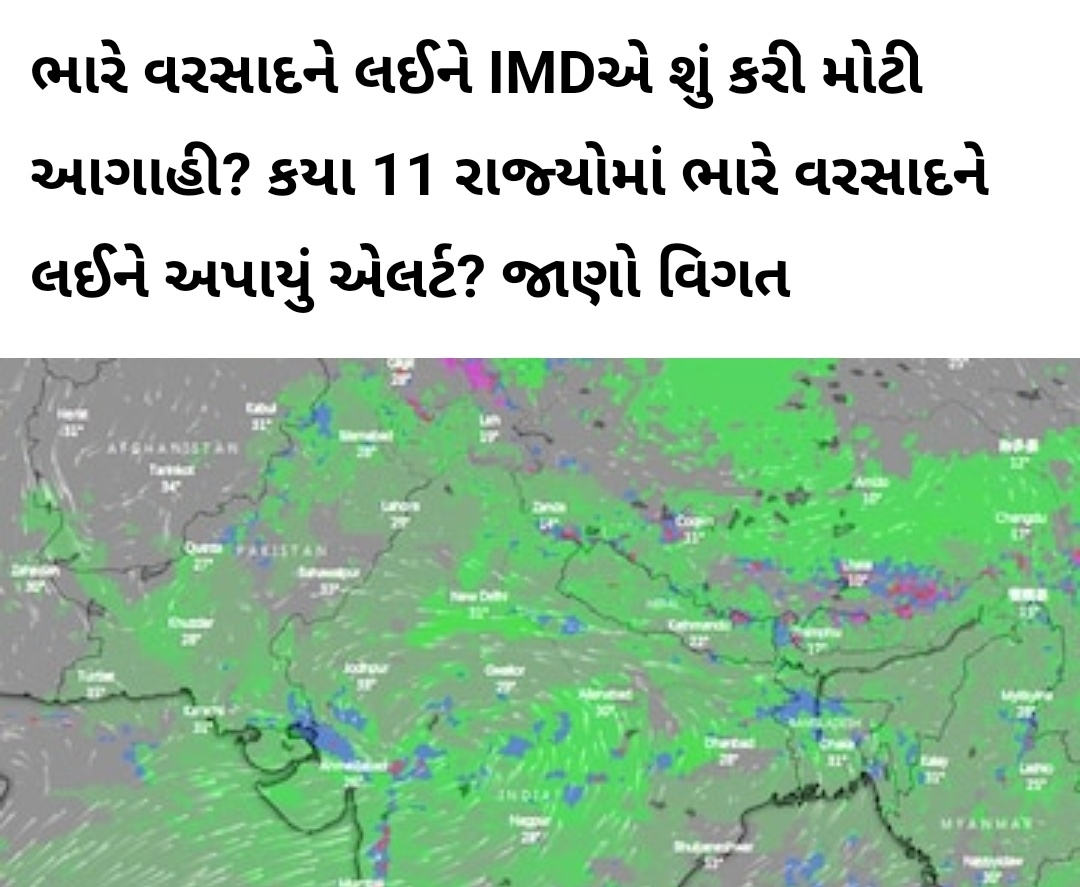 The depression over south-east, adjoining Lakshadweep and east-central Arabian Sea moved northwards with a speed of about 31 kmph on Monday.

It lay centered at 8.30 am on Monday near latitude 12.5N and longitude 71.0E over east-central and adjoining south-east Arabian Sea and Lakshadweep area, about 240 km northwest of Aminidivi (Lakshadweep), 760 km south-southwest of Mumbai (Maharashtra) and 930 km south-southeast of Veraval (Gujarat), a release of the MeT department said

Vadodara city received another spell of heavy rain on Saturday afternoon, with 2.5 inch rain (about 64 mm) falling in just a span of two hours, even as flood water is yet to recede completely from the city.

The Vadodara Municipal Corporation has also issued an alert for heavy downpour for the next 36 hours, telling residents to stock food and consumer durable supplies and warning them to stay indoors. While River Vishwamitri is still surging at 28.15 feet, just under 5 feet down from the 34.5 feet it had been at for two days, the Ajwa reservoir has come down to 211 feet

Several parts of the city around the river, including Mujhmahuda, Vadsar, Kalali, Sama and other low lying areas of the city remained underwater and without power for the third consecutive day. The Gujarat Electricity Board, which restored power to all 292 feeders – 48 of which were shut completely over Thursday and Friday – is yet to restore power to 34 transformer centres (TCs) of 8,200 transformers distributed across the feeders. These 34 transformers are located in areas that are still submerged, power company Madhya Gujarat Vij Company Limited (MGVCL) said in a statement.