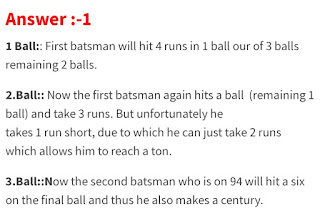 49. 4. Jadeja on strike. Mohammed Sami bowls a yorker. Jadeja goes for a mighty heave and the ball takes an edge and flies to the keeper. The keeper misses the ball and the ball hits the helmet behind him. 5 runs given to Jadeja and he goes on to 99