With an unbeaten record in six encounters so far, Virat Kohli's men are all but through to the semi-finals with 11 points but a win against England will further tighten their grip at the top and in the process oust World's No 1 ODI team from the global event. 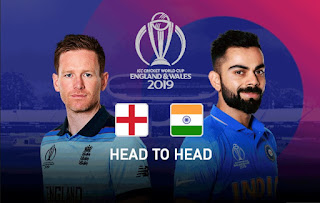 When will England vs India match take place?

Where will England vs India match be played?

England vs India match will take place at the Edgbaston in Birmingham.

What time does the match begin?

England vs India match will begin at 3 pm IST with the toss scheduled to take place at 2.30 pm IST.

Which TV channels will broadcast the match?

England vs India match will be telecast on Star Sports Network in both standard as well as HD formats.

How do I watch the match online?

The England vs India match will be live streamed on Hotstar.com. You can also catch live updates on Firstpost.com.

India vs England (IND v ENG) in the ICC World Cup 2019 on June 30 (Sunday) will be broadcast on the Star Sports network and live streaming will be available on Hotstar. The match will be played at Edgbaston, Birmingham and will begin at 1500 HRS IST. You can also follow all the action on our live blog.

Preview: If not for the discipline on the roads, it would be hard to determine on Sunday (June 30) if Birmingham is a city in England or India. Close to 27 percent of the city's population is from Asia, and they will ensure to make their presence felt at Edgbaston. The Pakistanis already did that in the game against New Zealand, raising decibel levels to record levels in an otherwise quiet part of the world, and the Indians will take it up even further when their team faces hosts England.