YOG
21 JUNE WORLD YOG DAY 2019-  VISVA YOG DIN NI UJAVANI MA UPYOGI.
Education All Circulars of Districts And Niyamak kacheri Gandhinagar,all Primary, Secondary and Higer Secondary Department. we also uploads various Job Updates of various government & Non-Government Sector from all over india. This blog is daily update about primery school letest circular , Educational news paper news, Breking news , all Goverment and private job ,Letest Techno tips, Insurance, Loans , Letest Mobile tips and all Competitive exam most imp gk, model paper, exam old paper, model paper in mp3 and most imp gk mp3 exam materials... Like Tet,Tat,Htat,Police constable bharti, Gsssb Clerk, Talati, and other exams, This blog You Can find Lots of Study Materials for All Competitive Exams Preaparation Like Tet,Tat,Htat,Gsssb Police Constable, Talati, junior clerk Exams This Education News Cutting From Gujarat Various Popular Newspaper Like Navgujarat Samay,Divya Bhaskar, Sandesh, Gujarat Samachar, Akila News And Many Other Newspaper.
Booth Level Officer; A Representative of Election Commission at the Grass-Root Level
For enhanced participation of electors in the electoral process and reducing the electoral malpractices, it is essential to improve the quality of electoral registration process and of the electoral rolls. Booth Level Officer (BLO) is a local Government/Semi-Government official, familiar with the local electors and generally a voter in the same polling area who assists in updating the roll using his local knowledge. In fact, BLO is a representative of Election Commission of India (ECI) at the grass-root level who plays a pivotal role in the process of roll revision and collecting actual field information with regard to the roll corresponding to the polling area assigned to him.
Under Section 13B (2) of Representation of People Act, 1950, BLOs are appointed from amongst the officers of the Govt. /Semi Govt. /Local Bodies. Generally, one BLO is responsible for one part of the electoral roll. From August, 2006 the Commission has decided to introduce the concept of appointing BLOs who would be accountable for ensuring the fidelity of electoral roll.+
The ECI introduced this new system of appointing BLOs creating a clear line of accountability for preparation of an error-free electoral roll, making the BLOs its custodian at the polling booth level. Previously, voter-identification slips used to be distributed by the contesting candidates of various political parties and that gave scope for complaints. The preparation of accurate electoral rolls and direct distribution of voter identification slip by the BLOs also boosted voter confidence in the credibility of the election process.
BLO assists eligible citizens to become voters and obtain voter card. BLO provides those different forms for addition, deletion and correction of Electoral Roll entries, carries out physical verification, and gives his/her report to Electoral Registration Officer (ERO) .The BLO interacts with local people/ political parties’ representatives and identifies dead/shifted/duplicate voters to be removed from the electoral roll after due process of law. Must visit this blog everyday for latest offers of various brand and other technology Updates.
21 JUNE WORLD YOG DAY 2019-  VISVA YOG DIN NI UJAVANI MA UPYOGI. 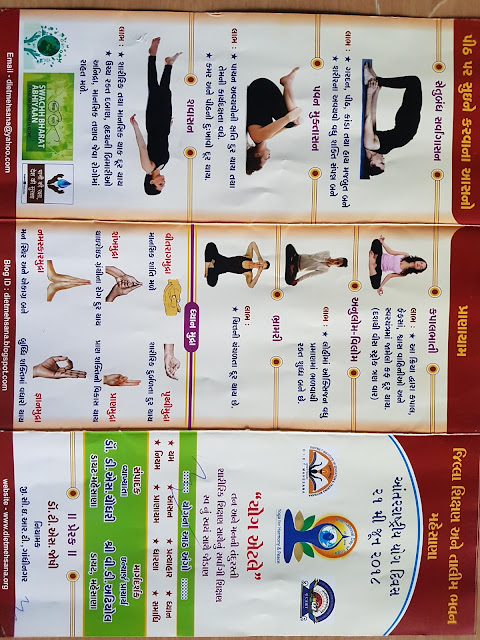 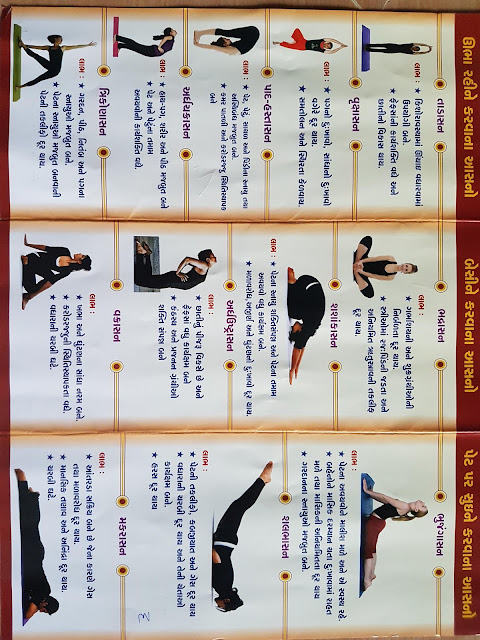 CLICK HERE TO VIDEO.
Common Yoga Protocol International Day of Yoga 2019 Gujarati Training
21 june international yoga day- information about yoga and pranayama download yoga book by indain government
International Day of Yoga or commonly and unofficially referred to as Yoga Day, is celebrated annually on 21 June since its inception in 2015. An international day for yoga was declared unanimously by the United Nations General Assembly (UNGA) on 11 December 2014. Yoga is a physical, mental, and/or spiritual practice attributed mostly to India. The Indian Prime Minister Narendra Modi in his UN address suggested the date of 21 June, as it is the longest day of the year in the Northern Hemisphere and shares special significance in many parts of the world
The idea of an International Day of Yoga was first proposed by the Prime Minister of India, Mr. Narendra Modi during his speech at the UNGA, on 27 September 2014. He stated:
Yoga is an invaluable gift of India's ancient tradition. It embodies unity of mind and body; thought and action; restraint and fulfillment; harmony between man and nature; a holistic approach to health and well-being. It is not about exercise but to discover the sense of oneness with yourself, the world and the nature. By changing our lifestyle and creating consciousness, it can help in well being. Let us work towards adopting an International Yoga Day.
— Narendra Modi, UN General Assembly
Following this initial proposal, the UNGA held informal consultations on the draft resolution entitled "International Day of Yoga", on 14 October 2014. The consultations were convened by the delegation of India.
On 11 December 2014, India's Permanent Representative Asoke Mukherji introduced the draft resolution in UNGA. The draft text received broad support from 177 Member States who sponsored the text, which was adopted without a vote. This initiative found support from many global leaders. A total of 177 nations co-sponsored the resolution, which is the highest number of co-sponsors ever for any UNGA resolution of such nature.
When proposing 21 June as the date, Modi said that the date was the longest day of the year in the northern hemisphere (shortest in the southern hemisphere), having special significance in many parts of the world. From the perspective of yoga, the summer solstice marks the transition to Dakshinayana. The first full moon after summer solstice is known as Guru Poornima. Shiva, the first yogi (Adi Yogi), is said to have begun imparting the knowledge of yoga to the rest of mankind on this day, and became the first guru (Adi Guru).[7] Dakshinayana is also considered a time when there is natural support for those pursuing spiritual practices.
Following the adoption of the UN resolution, several leaders of the spiritual movement in India voiced their support for the initiative. The founder of Isha Foundation, Sadhguru, stated, "this could be a kind of a foundation stone to make scientific approach to the inner well-being of the human being, a worldwide thing... It's a tremendous step for the world." The founder of Art of Living, Ravi Shankar, lauded the efforts of Modi, saying, "It is very difficult for any philosophy, religion or culture to survive without state patronage. Yoga has existed so far almost like an orphan. Now, official recognition by the UN would further spread the benefit of yoga to the entire world."
2017 International Yoga Day
72 students and teachers from the City Montessori School of Lucknow, India will be performing yogic exercises at the United Nations Headquarters in New York on the occasion of International Day of Yoga, 21 June 2019.
CLICK HERE TO VIDEO.